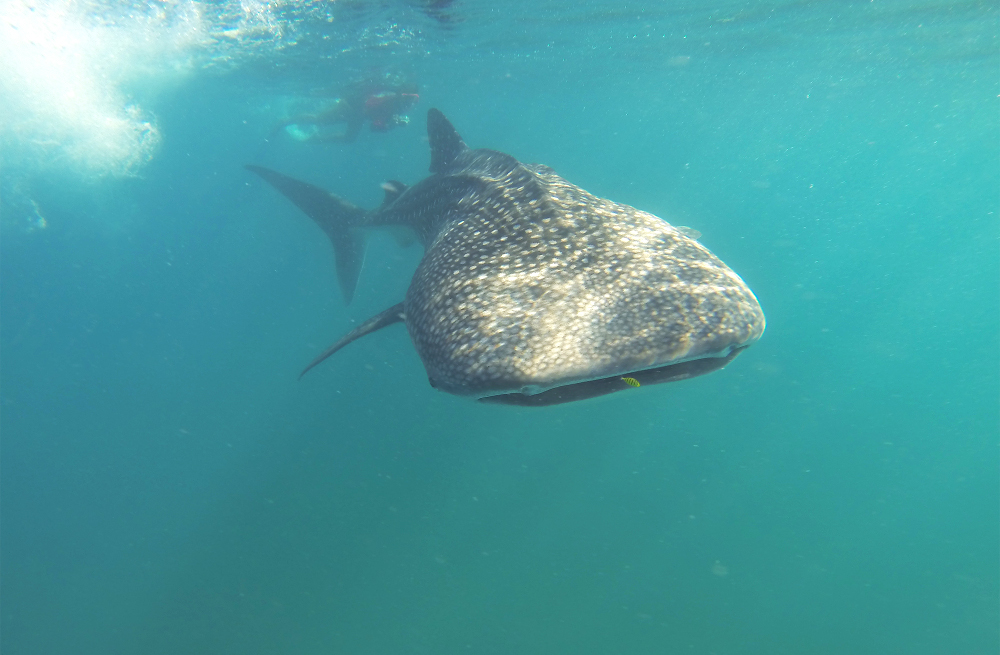 Today we had six whale shark encounters which turned out to be five individuals. One shark was new to us, a three metre male. Two are known from La Paz bay and the remaining two were first sighted 1000 kilometres north of here in Bahia de Los Angeles two years ago. One of the encounters Read more about Whale shark trip November 28 2016[…]

Help us provide education about whale sharks to kids